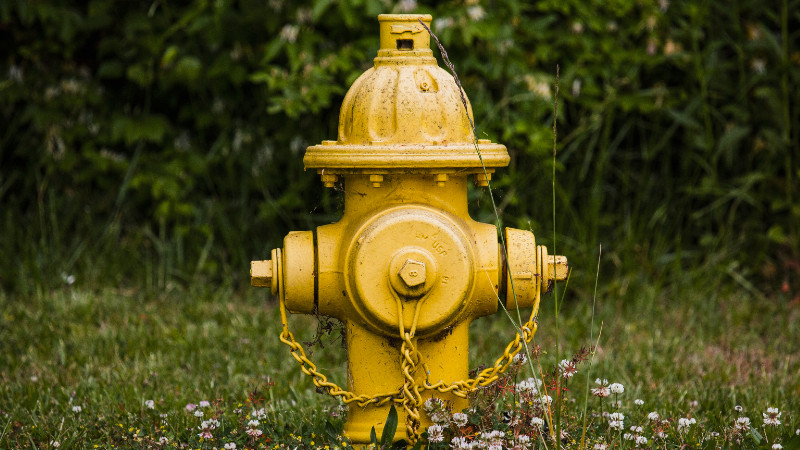 While most people assume that fire hydrants serve only as emergency access to water for firefighters, they also provide access to critical water infrastructure that would otherwise be difficult to service.

What's In a Hydrant?

The fire hydrants here in Michigan are dry barrel hydrants. Dry barrel hydrants do not have water in them all the way to the top. As their name suggests, the inside pipe of the hydrant down to its valve five feet underground at the water main is empty and dry until the valve is opened. Most cold-weather climate states also use dry barrel hydrants, except for areas where freezing is uncommon, such as in Southern California.

Because of the nature of water pipes, water mains must be buried deeper than other electric or fiber cables. We bury water mains at least five feet but in some places up to eight feet underground below the frost layer. Using the ground’s natural warmth allows us to keep steel pipes in the ground without actively having to heat them.

What Else are Hydrants Used for?

With over 330 miles of water main throughout the city, Holland BPW uses hydrants to perform regular maintenance for water quality through a process called flushing.

Flushing involves strategically opening hydrants along a water main. Opening hydrant valves all the way pushes high-velocity water through pipes, sometimes in the opposite direction, and loosens sediment and other regular built-up minerals that have slowly been deposited by water flow over years. Our water services team flushes portions of our lines every year on a 5 year rotational schedule.

Opening hydrants as we winterize them also helps to clear out the end of water lines, which are sometimes called “dead ends.” Because water doesn’t flow as consistently through the end of a line, opening up hydrants at the end of a line flushes sediment and built-up scaling from the pipes to keep our water clean.

Thank you for your response and for visiting Hollandbpw.com